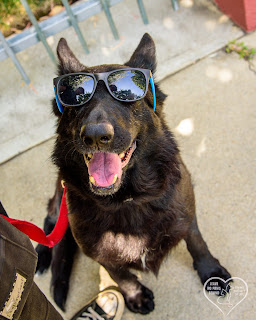 Kalina's future is so bright, she needs to wear sunglasses! Kalina has a meet 'n greet next week with a potential foster. We are excited and hope that she nails it and her new foster family falls in love with her like we have. 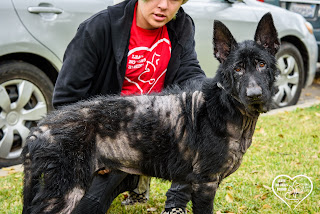 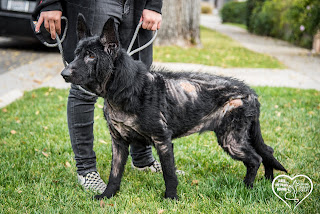 Kalina was rescued by Leave No Paws Behind on 12/20/2018 from a Los Angeles County shelter. The pictures above are what she looked like when we pulled her from the shelter. While at the shelter, she was quarantined in the medical section and wasn't being seen by the general public. There was conflicting reports about her condition Some thought she had mange, others thought it was a chemical burn. While her skin condition looked horrific, in reality she had a yeast infection that is easily treatable, but allowed to progress way too long. When we rescued her she was in pain and extremely uncomfortable. Her prospects for being adopted at the time were slim. She had several strikes against her: Kalina is a black dog, she had a horrible skin condition, and she was not in a part of the shelter the general public had access to.


Kalina started to heal right away with good quality veterinary care from The Pet Doctors of Sherman Oaks. We were initially concerned Kalina night have areas of her skin where fur wouldn't from back, but as she continued to heal, her coat grew back beautifully.

Kalina has been with us for 8 months looking for a foster or adopter. When we first brought her in, it became pretty apparent that she was a back yard dog. She had no leash manners, didn't know any obedience commands like sit or down, and didn't appear to be well socialized at all. All the while, we were working with her, letting her decompress, using lots of positive rewards like treats, and taking her on lots of walks.


Today Kalina enjoys going on walks. She could still use some training, but she is well on her way. She knows sit and is learning down. She is great walking up and down streets with lots of distractions. We think she will be a really quick learner, as she is treat motivated and loves to please. 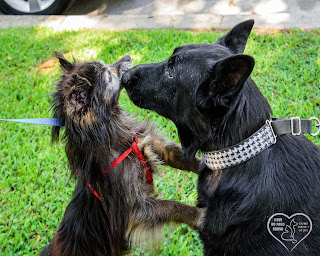 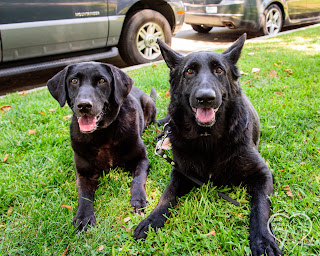 Initially, Kalina seemed hesitant to be around other dogs. We don't know what her past life was like. Was it a lack of socialization? Were there other dogs she had to compete with for resources? All we knew for sure was she exhibited some poor behavior around other dogs. As such, we were initially seeking a home with no other pets. Again, using patience, lots of treats, and some well behaved dogs, we have given Kalina a lot of positive exposure to other dogs, big and small, male and female. Her potential new foster home has 2 other dogs, so we will make proper, safe introductions, and make sure everyone is comfortable in her new home.

Please keep your fingers crossed for this beautiful girl. She has waited a LONG time to find a home she can call her own. We just know she is going to be loved and cherished in her new home. If you would like to help us continue to help them, please click here to make a donation. Thank you everyone!